Every city has its own powerhouse tattoo shop. There’s always that one shop that that’s been around for so long that it’s a household name; that shop that has a solid reputation, even in surrounding cities. In every region there are a select few shops which support six or more artists and often still have people waiting in line to get tattooed. That’s the shop and reputation which every shop aspires to be and strives to compete with. The standard that competitors strive to meet in Raleigh, NC goes by the name of Warlocks Tattoo Inc.

There’s a lot to be said about tradition and those who came before us in the tattoo industry. New tattoo shops in this country, both good and bad, are sprouting up like unchecked weeds. The artists who have endured a few decades or more have seen countless shops come and go like a short-lived trend. Watching would be competitors rise and fall has become a way of life for Byron Wallace, owner of Warlocks Tattoo Inc. 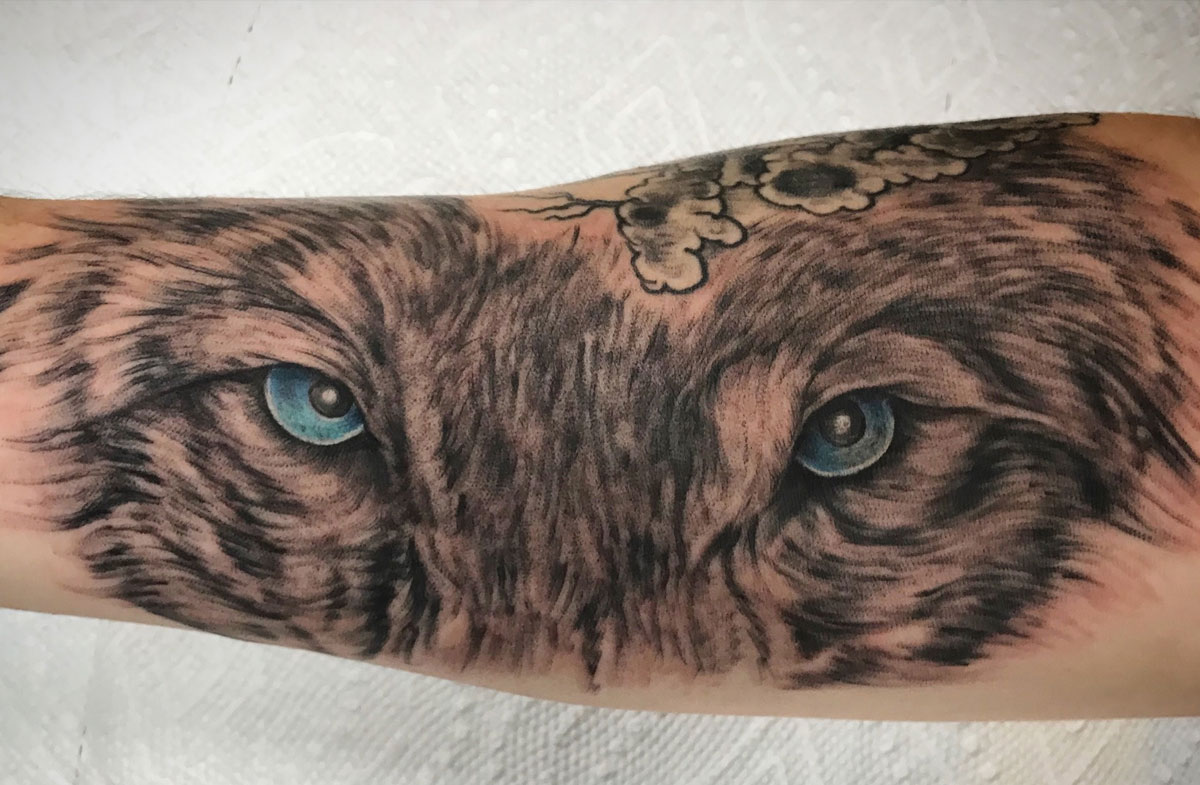 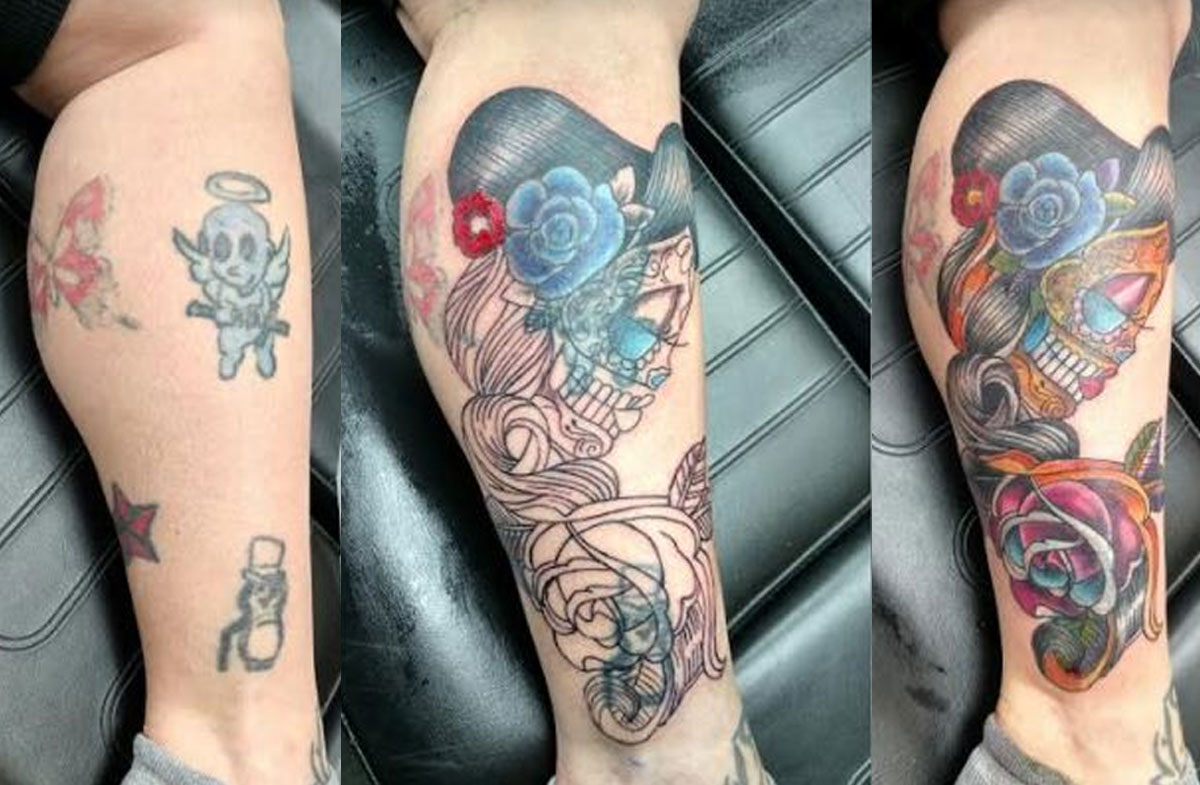 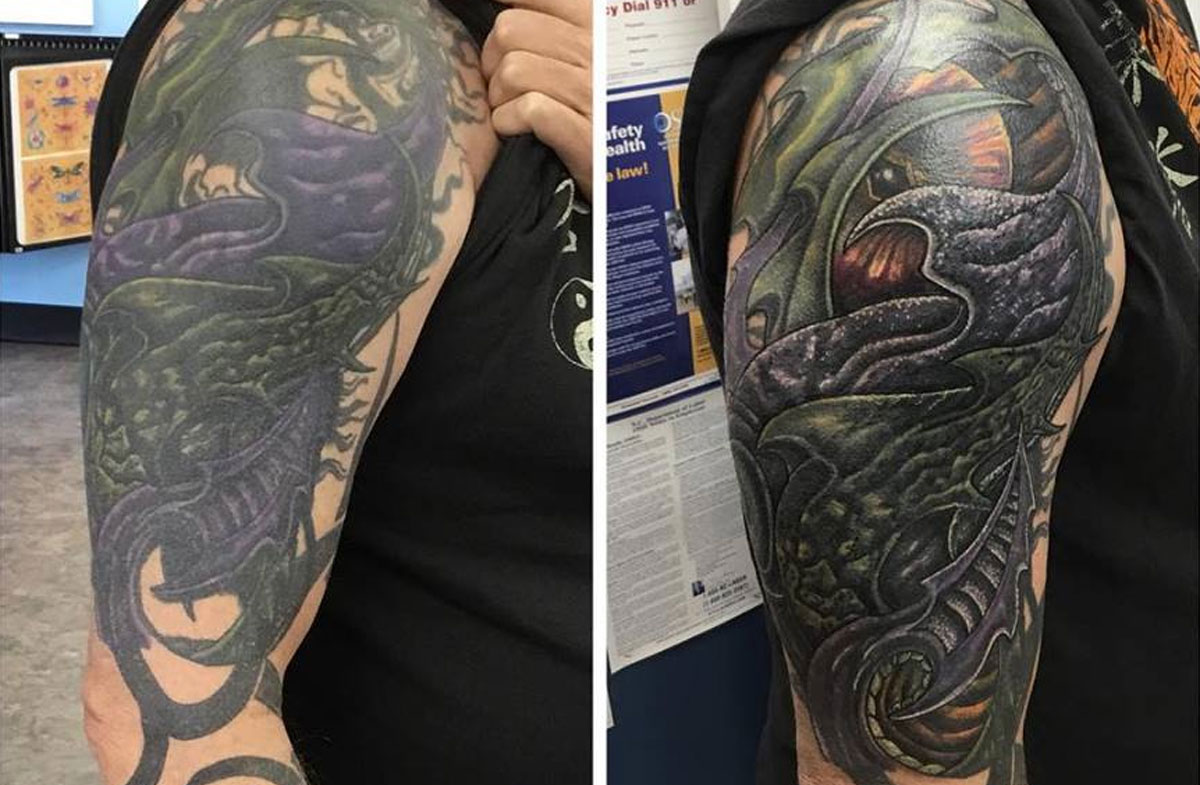 Any seasoned veteran knows that running a successful studio requires more than a few sheets of flash and a tattoo machine and Byron is no exception. He opened Warlocks Tattoo in 1984 when shops were few and tattooing wasn’t something that you tuned into on prime-time television. The shop was transplanted into Raleigh from Oklahoma in 1990.Warlocks thrived in its initial NC location but after nearly a decade Wallace decided it was time to make a move. In 2000 the business would move only a block away but the upgrades which would take place were seemingly endless. The spotless, 4600 square foot studio boasts nine private rooms for resident artists. It has a stencil room, a large office and a spacious, welcoming reception counter in the main lobby. Each artist works within a large, luxurious, private booth with every amenity a professional tattooist could hope for and the open lobby is comfortable to the sizable crowd which the shop plays host to on any given day.

Warlocks prides itself on the ability to meet the needs of clients seeking high quality, custom tattooing with artists specializing in traditional American, traditional Japanese, black and grey, color realism, new school and everything in between. The shop houses a vast collection of Tattoo flash and reference books in addition to over 150 years of combined experience between the nine resident artists. For tattooers and collectors alike, Warlocks Tattoo is a familiar name in the Raleigh, NC area. One could argue that this business itself is a standard model for success in the tattoo industry. In spite of the rising tide of new tattoo artists and new tattoo shops, this one has and will continue to thrive. It’s immaculate appearance, exceptional talent and impeccable reputation continue to make this studio a pinnacle of tattooing in the state of North Carolina. The powerhouse known as Warlocks tattoo Inc. consistently retains its title as the most successful, award winning tattoo shop in Raleigh, NC.