VOTED BEST IN THE TRIANGLE MORE TIMES THAN WE CAN COUNT.

Every city has its own powerhouse tattoo shop. There’s always that one shop that that’s been around for so long that it’s a household name; that shop that has a solid reputation, even in surrounding cities. In every region there are a select few shops which support six or more artists and often still have people waiting in line to get tattooed. That’s the shop and reputation which every shop aspires to be and strives to compete with. The standard that competitors strive to meet in Raleigh, NC goes by the name of Warlocks Tattoo Inc.

There’s a lot to be said about tradition and those who came before us in the tattoo industry. New tattoo shops in this country, both good and bad, are sprouting up like unchecked weeds. The artists who have endured a few decades or more have seen countless shops come and go like a short-lived trend. Watching would be competitors rise and fall has become a way of life for Byron Wallace, owner of Warlocks Tattoo Inc. 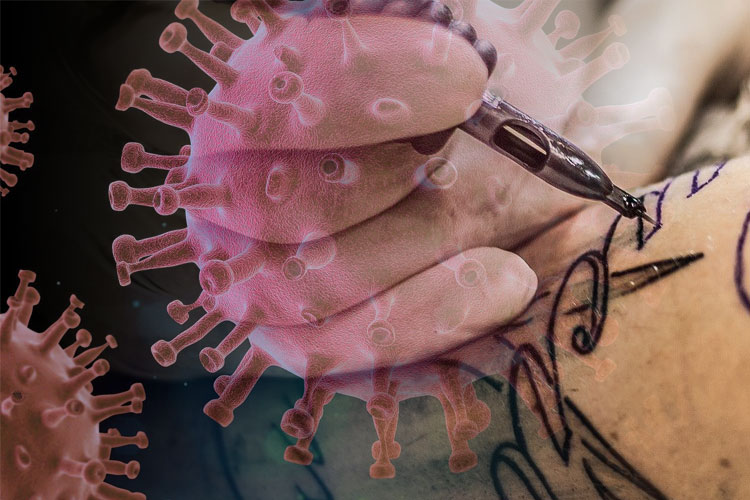 At Warlock’s Tattoo, we know that safety and cleanliness are crucial during ‘normal’ times. We have always had a zero tolerance for anything but the best where sanitization is concerned.... 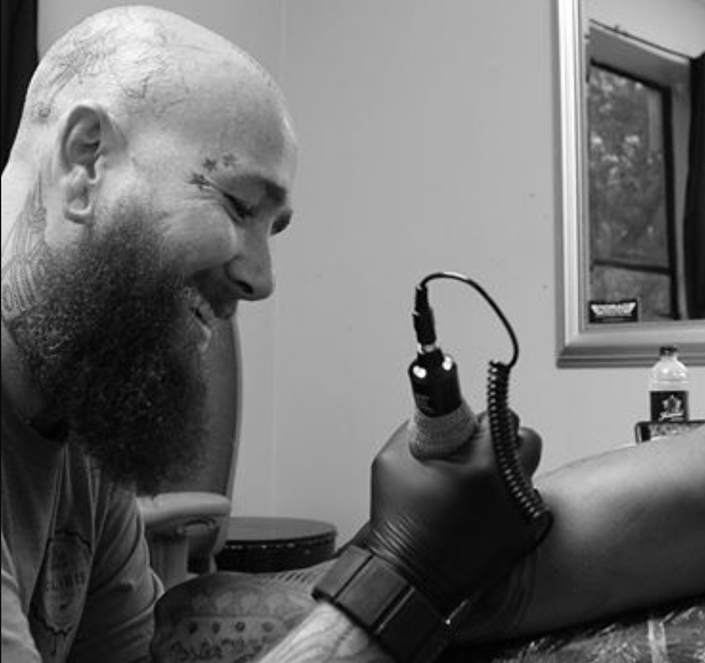 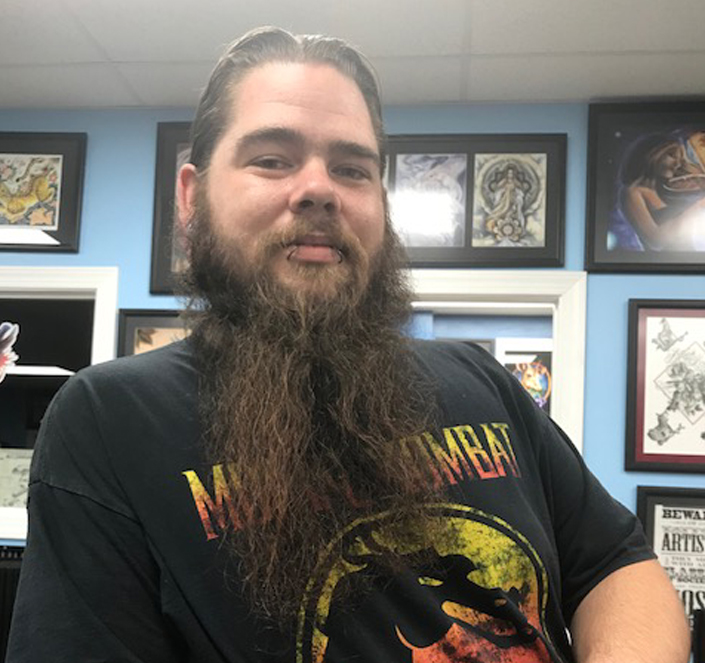 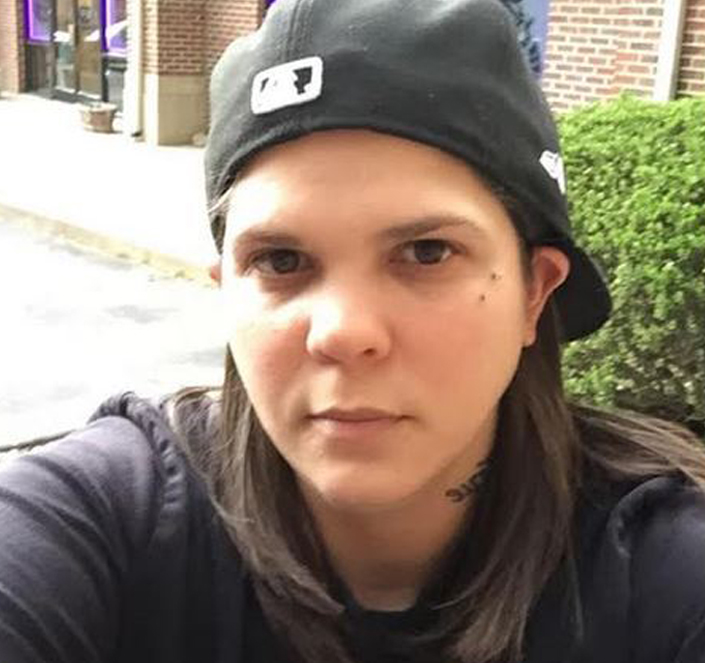 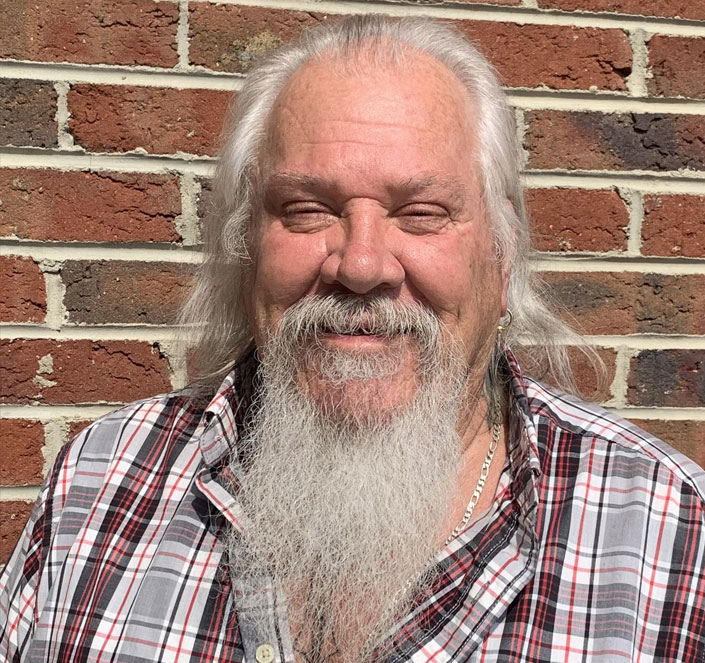 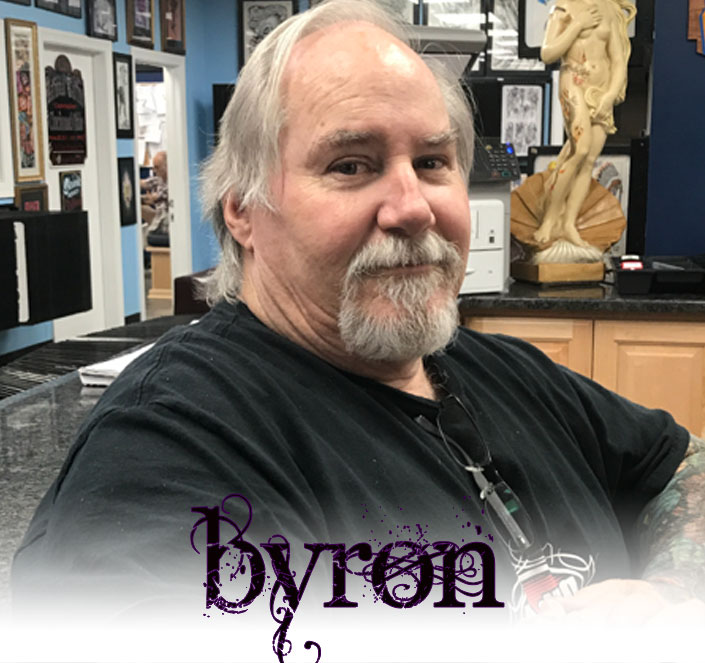 The tattoo industry has grown leaps and bounds in the past four decades. Much has changed and only a small percentage of working artists today have been around long enough to explain that change to us first hand. Today’s shops are filled with a younger generation and the older faces seem to be getting fewer and fewer. Byron Wallace is, in fact, one of the few veteran artists (and shop owners) who has stood the test of time.

Growing up as the son of a Senior Master Chief, Byron was directly exposed to naval tattoos. One could argue that, years ago, tattoos were almost exclusively reserved for sailors. They were surely responsible for the growing popularity of tattoos and could also be credited with exposing tattoo artists in the US to foreign styles of tattooing, such as Japanese. Sailors would get tattooed abroad and return to artists in the US who would use these seamen and their tattoos as inspiration. Byron had the luxury of viewing this era of tattooing first hand. His exposure to tattoos via the navy would prove to be the match that lit the flame of his career. Wallace also credits art teachers for much of his early interest but his strongest emphasis is in reference to the Navy.

Wallace was getting his first tattoos at the age of sixteen. In his early twenties he found himself driving from Oklahoma to a shop called “Different Drummer Tattoo” in Wichita Falls, Texas. After developing a friendship with the artist and owner, Don Eaker, He wrote a letter of recommendation to “Dragon Wing Tattoo”, a shop back in Oklahoma. The owner of the shop, Johnny Dragun, was receptive and Wallace Began his apprenticeship. It was there that he would learn the art of needle making, how to mix pigments, how to make acetate stencils and everything else relative to the tattooing process. Byron would spend the next four years at Dragon Wing learning the tricks of the trade before eventually asking permission from his teacher to break off and go solo. With Draguns approval, Byron Wallace would go on to open Warlock’s Tattoo which would become one of the most well known, successful studios in the southeastern US.

With decades of experience under his belt, Wallace is quick to point out the dramatic changes that the tattoo industry has undergone. When asked about the most obvious and dramatic changes he responds, “The equipment has improved, the pigments are better, and information is more readily available.” He also notes that sterilization has improved, there are far more artists and the tattoo community has become more social as a whole.

When asked about his personal preferences in regards to tattooing style, Wallace simply responds, “Bold will hold.” This is obviously a reference to the bold lines and solid color which are a trademark of his portfolio. He also makes mention of his interest in traditional subject matter which comes as no surprise. “Many veteran tattooers lean heavily towards traditional American tattoos for their boldness and longevity”, says Byron. Bold lines and high contrast shading have a proven history. They look better for longer and Wallace’s tattoos are a testament to this.

In an industry which has gone through dramatic changes and continues to evolve, some things remain the same. Byron Wallace has worked behind a tattoo machine for the past 40 years and will continue to do so “as long as eyes, back and hands permit,” he says. In spite of owning a shop that would allow him to retire presently if he wished, he will continue to make his mark, one tattoo after the next. He does, however, make mention of a desire to travel more and visit old friends but as the legacy of Warlocks Tattoo continues to prosper, Wallace remains steadfast as the ships captain. 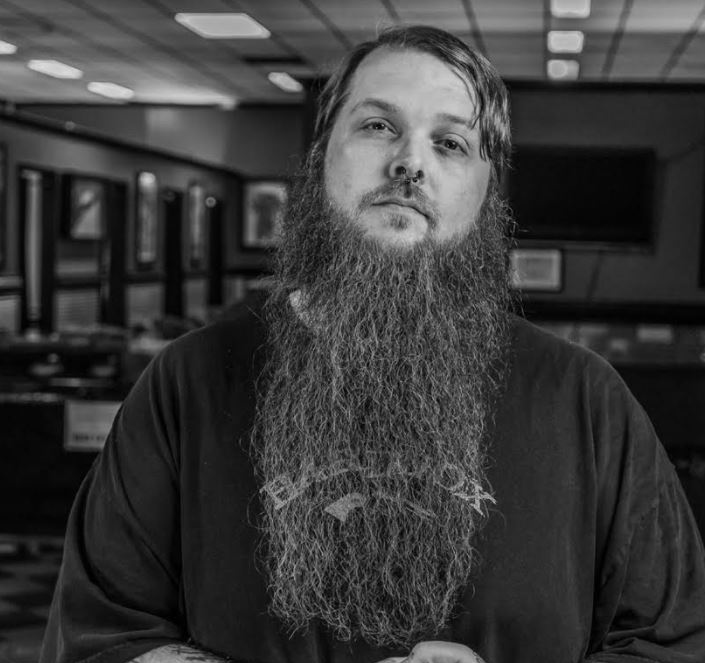 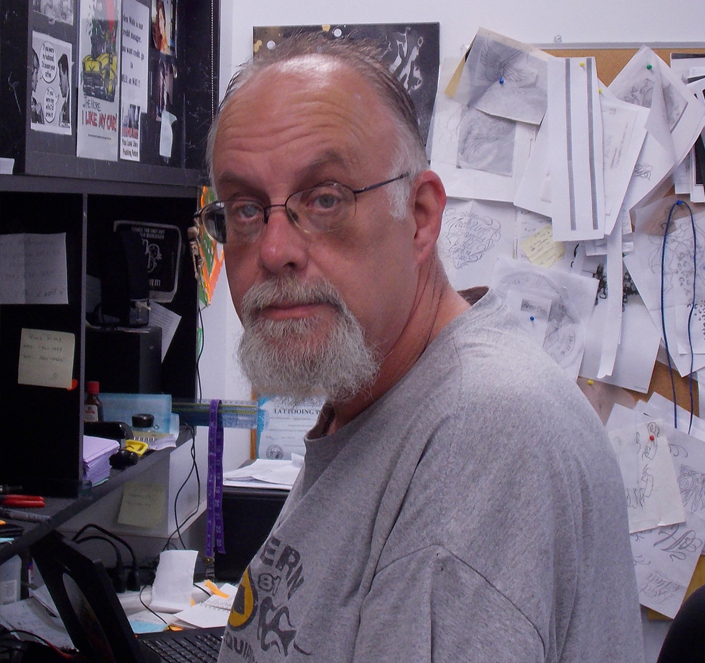 The stereotypes of Tattoo shops often suggest that tattoo artists are these hardened criminals with bad attitudes and names like psycho and T-Bone. Nothing could be further from the truth with long time Warlocks Tattoo artist, Ernie Rose. His kind eyes and gentle demeanor are a welcoming sight to clients. That first tattoo can be an unsettling, anxious experience to many but Rose’s friendly approach gracefully eases ones concerns.

Ernie has been tattooing for 38 years, which definitely qualifies him as a veteran. He recollects his apprenticeship in Mansfield, Ohio describing the deal he made with “Tattoos by Doug”.  “I traded him an old Mazda B5000,” says Ernie in reference to the arrangement. The old truck would purchase the timeless knowledge which, at that time, was still quite mysterious and secretive. He would start out cleaning tubes, as many apprentices if the day. Eventually he would learn to make needles and go in to do his first tattoos.

Rose stayed on at “Tattoos by Doug” for about two years before opening his own personal location in Mt Vernon, Ohio. The knowledge which was purchased with an old Mazda pickup truck would support Ernie and his new shop for the next decade. During that ten years, he refined his ability, dialed in on his strengths as grew as an artist.

Studying the likes of artists such as Cari Barba, Sailor Moses and Stoney Sinclair, he would develop his style which leans strongly towards the black and grey arena. Rose also notes his interest in traditional American but likes to think of himself as versatile and open to any given clients wishes.

In 2001 Ernie found himself at Warlocks Tattoo in Raleigh, NC. The move was obviously a good fit because, eighteen years later, he’s still there. He’s still that welcoming face to any and every client. He’s still pumping out clean, solid tattoos day after day. And he’s still making a comfortable living off of the knowledge which was purchased with an old pickup truck thirty-eight years ago. Ernie Rose is a landmark within Warlocks tattoo and says, “I’ll be tattooing up until the day I can’t.” The “day he can’t” appears to be in the far distant future and we expect Ernie will still be going strong long after many have faltered. 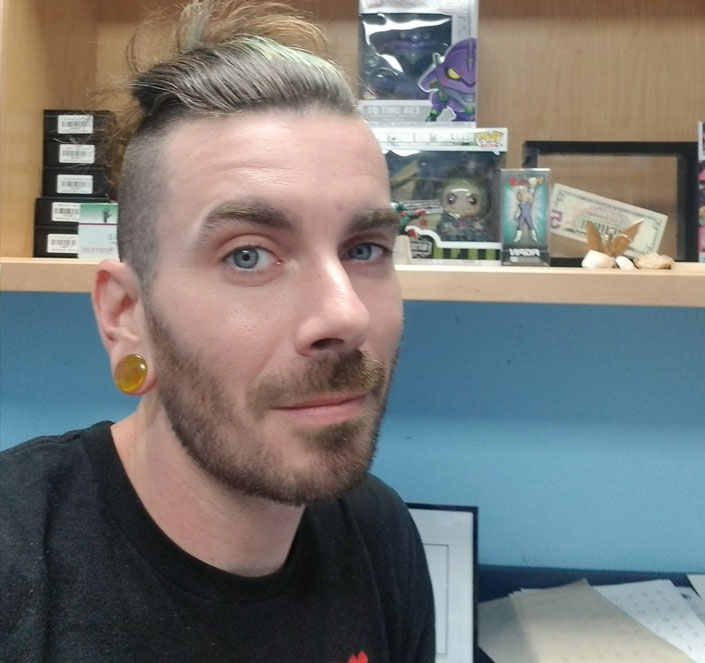 Got my first tattoo from warlocks in 1998. Ill keep going back. Just a small one today but the experience was great.
Amberlyn Raeburn Google Review

Warlock's is a great place to get tattoos. Byron the owner has decades of award winning experience and the personality to put anyone at ease while discussing and consulting on a permanent body decoration. Even if he does not do your tattoo he will pair you up with one of his other artists who will be a great fit either personally or strength of style and techniques. Prices are more than competitive and great value for the quality of work and the satisfaction of the experience! Would highly recommend whether a first tattoo or looking for a great artist to continue your tattoo journey!
Carl Jesse Google Review

I cannot say enough good things about this shop. I’ve been three separate times and worked with two different artists on some tattoos. My first one needed a small touch up that they did at no charge and my others have been great! Ernie is very talented and is dedicated to doing it right. He changed some parts of my last ones to make it look better and I’m so glad I trusted his art as it looks amazing. Ashlei is very kind and also pays close attention to detail. Prices are done by hour and are fair for the work they put out. My lifetime pieces are clean and clear and I didn’t mind the prices as they are competitive with other shops and are fair for the quality. Great shops for first-timers as well as returners.
Carmen Bollman Google Review

Contacted the shop via email and received a response within the hour. They gave me a call to discuss prices and availability. We were visiting Raleigh for the weekend and they got us in the next day! Front desk staff are extremely friendly!!! Our tattoo artist Brian was great! He was great with making last minute changes and our tattoos came out looking amazing! Very satisfied with the overall establishment and will definitely be going back. 👍
Jessica Salinas Google Review

Went to see Ashlie for a tattoo on my forearm. After a brief consultation and a couple of design changes, she was very patient and professional throughout the entire process, and did an incredible job with tons of detail. Couldn't be happier with how it turned out. Will definitely be going back for any other work in the future.
Nick Jones Google Review